The Lost Airman -
True Story of Escape from Nazi-occupied France

Another story revealed from "The Greatest Generation"!  "This is a never-before-told true story of endurance, perseverance and escape during World War II."  This gem will be a great addition to share with young generations to get a real feel of American and British airmen who were shot down and were helped to escape by the French Resistance.

New Years Eve 1943- After the pre-mission briefing and breakfast Arthur Meyerowitz, flight engineer was doing his preflight inspection on the B-24 Liberator known as Harmful Lil Armful to make sure it was fit to fly.  Arthur found concerning damage on engine number three, but reporting the warning to the pilot that "the ship was unfit to fly" was completely dismissed to his dismay.  It was to be "Just a Milk Run" as the pilot called this quick mission before the New Year's Eve parties that evening.

Unfortunately it would be six long months before Arthur's family and girlfriend would hear from him that he was indeed alive and finally in American military protection.  The amazing account that Arthur Meyerowitz's grandson Seth along with Peter Stevens have compiled will keep you riveted to this suspenseful story.

I listened to this amazing tale by digital download in RBDigital.  But I also checked out the book from Campbell County Public Library.  The book has a center section of photos that were a great help in visualizing the time period.
940.54 MEYEROWITZ 2016

The title and book cover art caught my eye as a new purchase for the library.  I personally have some strong opinions on education, so it peaked my interest as to where this book would go on the subject.  Sometimes I purposely avoid reading the summary and reviews on a book that intrigues me. I want to approach it without the bias of another person.  As I dove into this story, I didn’t analyze the writer or the writer’s motivations. I just hungrily took in the story as I was mowing lawns. It kept my mind busy from the mundane work and sparked contemplative thoughts of my own experiences.  As I progressed through the story that spanned over many years I began to appreciate the author’s writing ability and mull over the obstacles that she had come up against. Every time I thought the story was about to wind down another “big event” would enter the story.  I have been mulling this story over in my mind for nearly a month now. Not really sure how I wanted to present it. The word, fantastical came to mind. Both in amazingly wonderful ways but also in cruel, mind-boggling ways. I’ll be chewing on this for a while as I work through some of the emotions this real, true to life, not fiction story has stirred within me.
The library has this book in regular print, large print, Audio CD and digital download both e-book and e-audio.  So, whatever your preferred method of reading is, we have you covered. 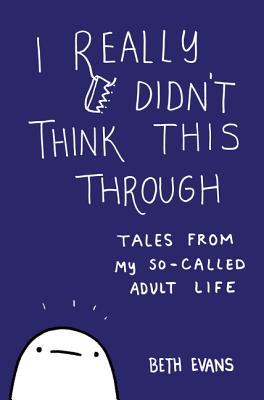 Listening to this Graphic Novel as an Audio Book was interesting but I feel I missed out on not seeing the illustrations by the author as the book progressed
The book begins with a somewhat whiney millennial who is not happy when she is expected to 'Adult' by killing her own centipede.  Thankfully the writer gets real in the next section.  Many teen/ young adults will completely identify with the author and I find many things that would be helpful for parents also.  The author struggled with OCD, anxiety, and self-harm.  Topics that are sometimes hard to broach when people are struggling.  It is not a long book,  your return will be more than what you will invest in this.  Check it out!
Posted by Aurora at 12:13 AM No comments:

I think I was feeling like I needed to work on being a better wife when I saw this title on the “NEW Audiobook shelf”.  I listened to it in little bits to and from work.  Helping me get into a positive frame of mind before arriving home.  Sometimes I felt it was a southern woman telling me what I should do.  I didn’t like that part but other times I learned valuable tips that really could help a relationship.   So if you are in the market for a little relationship improvement this may fit the bill.

Posted by Aurora at 3:06 PM No comments:

This title caught my eye since I love all things Laura Ingalls Wilder!  Of course, I had read the original Little House book set as a child and then to my children.  I grew up on the prairie in Western South Dakota just a few miles from where my Great-grandmother Elizabeth Ingalls Staked a Homesteading Claim at the age of 17.  Naturally, I was intrigued by the different view of Laura’s mother Caroline in this story.  I knew the basic story already but I was drawn into Caroline’s world.  What a different perspective than what Laura had written from.  It was so enjoyable to listen to this book.  Elizabeth Marvel does an excellent job with changing her voice for the different characters and her singing does not hurt your ears!  It was easy to feel like you were riding in the covered wagon along with the Ingalls’ family or helping fight a prairie fire to save their home and family with only burlap sacks and a wash tub of water.  I really enjoyed this book!  I was disappointed with the end of the book though.  The author had drawn me into the story’s detailed progression and then just wrapped it all up in such an abrupt manner.  It was like hitting the bottom of a French fry container with no warning and no extra fry that had escaped.  But alas, maybe I just wanted the book to keep going.  So, check it out and enjoy!  Let me know what you think of it.

Chip and Joanna Gaines have become common household names, for those who have cable or satellite and love home remodel reality shows.  I have been out of the loop on this and have only seen tabloid headlines about this couple.  I would not have chosen to listen to this book on my own but it was recommended by one of my Campbell County Public Library co-workers.  I really enjoyed this selection.  It was easy to listen to, easy to pick up where I left off on my commute to and from work, and it had information that I found useful so it was a winner all the way around.  Chip came across as genuinely ‘real’.  Letting us get a glimpse of his less than perfect decisions and how they helped form him into a better business man, husband, and father.  Definitely check this out for an encouraging listen. 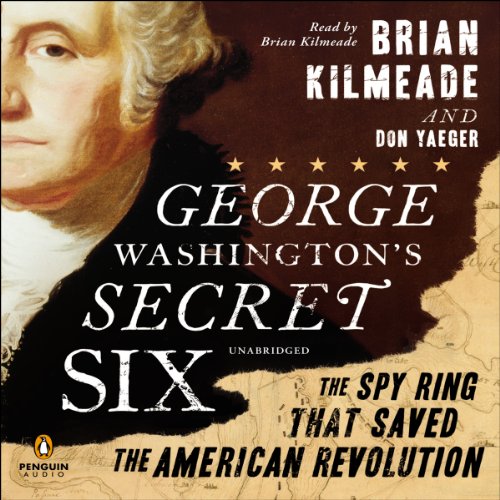 Well, February has now come and nearly gone.  I decided not to do lace and hearts for this month's selection.  Instead, I began thinking about President's Day and found this book about our first President.  I really enjoyed this story about espionage that helped our new country escape the strong arm of the British crown.  I was drawn into the story that referred to Revolutionary War history that I was familiar with and filled in the gaps with little-known facts of the Secret Six.  I really liked a quote from the book's Epilogue.  An observation of a British Major George Beckwith:"Washington did not really outfight the British, he simply outspied us!"  I encourage you to try this book out.  We have this book in audio CD and digital download for your listening pleasure and of course in regular book form also.